Changing the Lives of Young
People Through Rowing 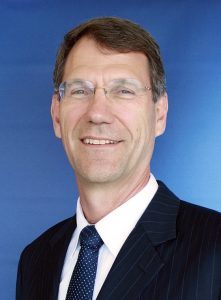 David is on the Board of Rowing WA and was elected President in 2015.

He is currently a Director with KPMG.  David is a mining engineer and a Rhodes Scholar, and has had a successful career in the Australian mining industry most recently in senior executive roles at Argyle Diamonds, Rio Tinto, and St Barbara.  He also served as Vice-Chairman of Christ Church Grammar School Council until 2016, where he was also a past vice-president and president of the school’s rowing support group.

David has more than 40 years involvement with the sport of rowing from schoolboy, club and university competition.  At an elite level he rowed for University of Queensland, Queensland and Australia (senior B), and for Oxford in the Boat Race.  He has maintained contact with the sport through his children’s school rowing, including his daughter, Emily, who went on to row for UWA, WA and Australia with distinction.

In more recent years David has competed in masters indoor rowing competition and led the Oxford Alumni crew in its annual clash with Cambridge rivals in Perth for ten years.

David is passionate to grow the sport in WA and Australia, through greater participation at grass roots level and through success at the elite level. 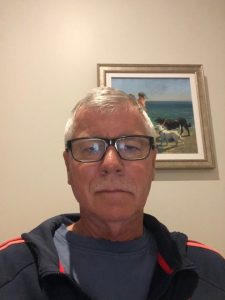 Simon was formerly a partner for 27 years (and a member for 44 years) of a national firm of chartered accountants, practicing as a Registered Company Auditor.  He has a well developed business acumen and ability at a Board level to be responsible for a not-for-profit entity’s financial governance and he possesses a sound knowledge of strategic planning and corporate governance principles.

Simon has been a Rotarian for over 25 years and is a past President of the Rotary Club of Willetton, having also held former directorships in the club’s service lines of youth, international and community services.  At a Rotary district level, Simon is currently the district chair of the programs for the National Youth Science Forum and Young Driver Education.  He has been a social and pennant playing member of the Bullcreek Tennis Club for over 25 years.